Speakers League is a provider of curriculum materials and support to schools, organizations, companies, and individuals that want to set up public speaking clubs and workshops for young people.

Social phobias often start with shyness in childhood or early adolescence, and progress during adolescence, according to scientific studies.

Bypassing or conquering a fear of public speaking can position children to succeed on many levels in life. By deciding to join or supervise a Speakers League Club you are giving a gift not only to the kids that participate in the program, but also to the future organizations these kids will be involved with, for they will be confident and poised leaders of the future.

Practical, hands-on experience is where real learning happens. In Speakers League, members jump in almost immediately to manage the meeting and present before the group.

Check out the video above to see highlights from a typical Speakers League meeting (featuring kids from 8 – 14).

At a typical Speakers League meeting, members help set up the meeting room. The meetings begin with a short business session presented by the Chairperson (the adult leader of the club) or Club President (one of the students, elected by the members for a half-year term). During this period, guests are acknowledged and general announcements made. This usually lasts about five minutes.

The meeting is then turned over to this particular meeting’s “MC” (sometimes called the Master of Ceremonies), a student member of the club, who is in charge of introducing all of the segments of the meeting and key participants.

The MC gets things off to a fun start by introducing the meeting’s Humorist who shares a few jokes with the group. After that, the MC introduces the meeting’s Impromptu Master who runs the “Impromptu” segment of the meeting. During this segment, members and guests have the opportunity to think on their feet and provide unrehearsed answers to posed questions or topics. Their goal is to speak for two full minutes on the subject (but not longer than 2½ minutes). Guests are usually given the option to say, “I pass.”

Following Impromptus, the MC launches the prepared-speeches segment of the meeting by introducing the first scheduled Speaker. Most of the Speakers will be giving specific types of speeches to complete requirements for Level promotion. Click here to see a summary of the speeches in Level I.

Following the prepared-speeches segment of the meeting, each Speaker is evaluated by a fellow club member, following club guidelines for evaluation.

While Best Evaluator votes are being  tallied by the vote counter, the MC calls upon the Poet Laureate to share a poem with the group. Then the Wordmaster is called upon to give his/her report of the count of filler words (for example, “um,” “like,” and “you know”) used by each member during the meeting.

Finally, at the end of the meeting, ribbons are awarded by the MC to the winners of Best Impromptu, Best Speaker, and Best Evaluator.

There are generally fourteen roles at a meeting — an MC, a Humorist, an Impromptu Master, four Speakers, four Evaluators, a Timekeeper, a Wordmaster, a Vote Counter and a Poet Laureate (or twelve roles, if you only have three Speakers and Evaluators per meeting). The members rotate through these roles during their membership. 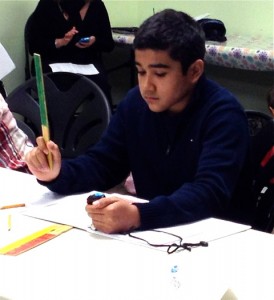 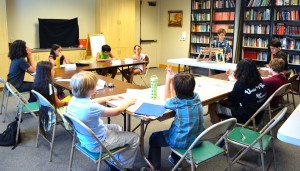 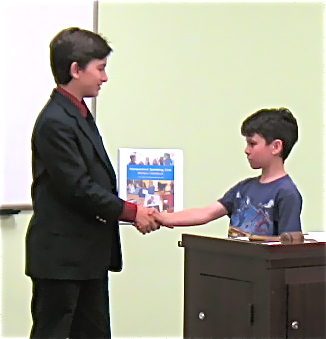